Hobby Focus - Unto the Anvil of War! Salamanders 2nd Company

Evening all, today I'd like to reveal my forthcoming plans for my Space Marine army:


The full 2nd Company of the Salamanders 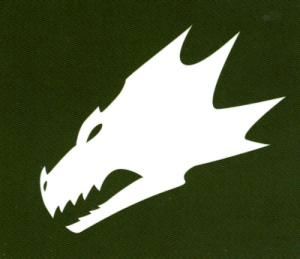 That little list equates to over 100 miniatures and is going to be quite the challenge to keep the motivation up to get to the end of it, but, I have made a start.

So far I've got the bones of the HQ section sorted, the heavy weapon section of one of the devastator squads, 1 1/2 tactical squads and most of my sergeants assembled. I'm going to concentrate on getting those bits painted first otherwise I'll end up swimming in a sea of grey plastic as usual!

For the devastator and assault variations, they're going to be centurions and bikers/landspeeders/storm talons respectively but they aren't so much of a priority to start with. I'm also hoping to get some Forge World goodies in there too (I'm looking at you Bray'arth Ashmantle & Mk IV Ironclad!).

I've already painted my company standard as I thought that'd be a good place to start to get motivated, and here it is below.

And so "Into the Fires of Battle, Unto the Anvil of War!"